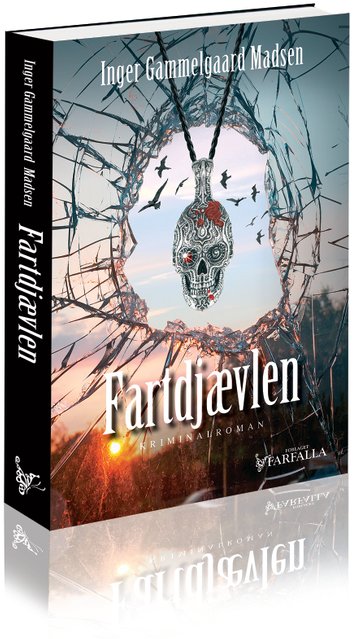 One early morning, a traffic accident at an intersection in western Aarhus, caused by an insane motorist, sets off an avalanche of fatal events. The driver of the car is 17-year-old Mathilde Abel, who does not survive her injuries.

Journalist Anne Larsen happens to pass by, just as the ambulance is on its way away from the place. In the crashed car hangs in the rearview mirror a necklace, a silver skull with only one eye of red glass, which immediately catches Anne's attention.

The jewelery turns out to lead back to a fatal accident twenty years ago in Hareskoven on Sjælland and a missing three-year-old boy. Anne is working on the case for Media House Denmark, which has focused on the many crazy drivers in Aarhus. There's just something about the accident that is not related.

The same day, a 14-year-old boy is shot dead not far from the scene of the accident. Anne suspects that the killing of him has something to do with the accident because the boy saw what really happened.

Police Commissioner Rolando Benito from Østjyllands Politi (East Jutland Police) investigates the shooting, which is first considered gang-related, but when Anne comes up with her theory and Rolando's old friend the car inspector Frode Ebbesen reveals unexpected details about the car accident, he begins to take an interest in other motives. But Rolando's and especially Anne Larsen's investigation endangers other people's lives. The past should not always be revealed.