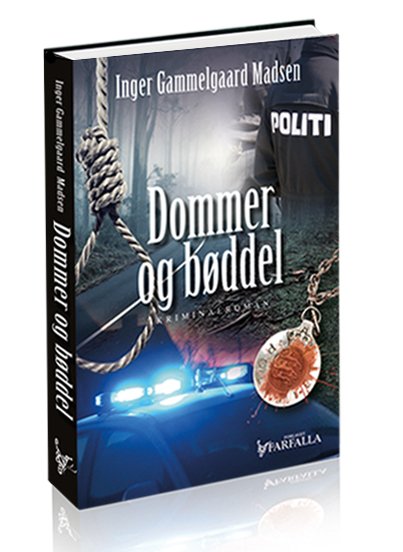 The 8th volume in the Rolando Benito series.

Three boys are found hanged in Tulip’s closed down slaughterhouse in Brabrand. The deaths are first assumed to be part of the wave of suicides that has been sweeping through Aarhus for quite a while. But there is something suspicious about these suicides. One of the boys has been hit by a projectile, and it is quite logical to connect this with the shot fired by an East Jutland policeman at thieves running from a sports store in central Aarhus. This case is under investigation by the DUP - Den Uafhængige Politiklagemyndighed efterforsker (The Independent Police Complaints Authority).

At the same time, a prisoner has just been released from Statsfængslet Østjylland (The State Prison of East Jutland). He has something to avenge, and this ecstasy brings him into contact with an underworld which overshadows everything that he has previously experienced. Who is judge, and who is executioner?