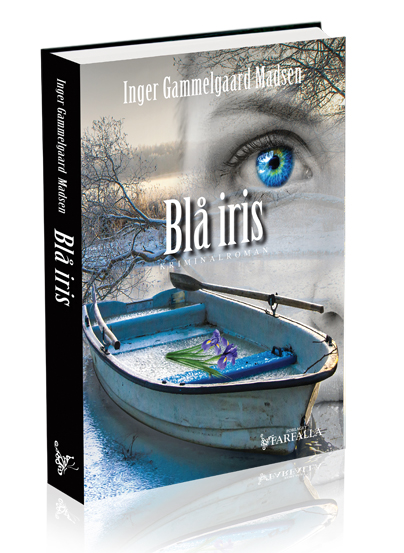 The 11th volume in the Rolando Benito series.

Under the ice in an old rowboat, driven to the banks of the Norsminde Fjord, there is a dead teenage girl. The girl turns out to be Iris Bøgh Lykkegaard from Malling, who has disappeared for over two months. She disappeared after a city trip to Aarhus, where she celebrated her 16th birthday with her girlfriends. On the ice over the dead girl there are some flowers. Blue iris. Is it the killer who put them there?Why is the young, popular girl with the particularly beautiful blue eyes tortured, brutally murdered and left in the boat?

It will be Rolando Benito's first hard case as a new police commissioner at Østjyllands Politi (East Jutland Police), where he also has to fight his colleague's distrust after his years as investigator in Den Uafhængige Politiklagemyndighed (The Independent Police Complaints Authority). As the investigation progresses, it appears that there may be many motives for the killing of Iris. Slowly reveals more and more of her life and nothing is as it seems to be. But the killer is closer than Rolando is aware of. Can he protect those he loves?