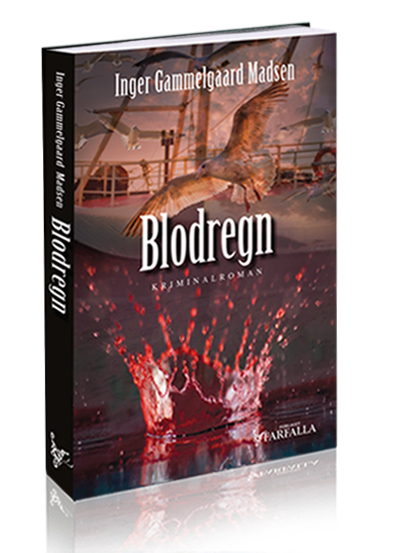 The 9th volume in the Rolando Benito series.

A ghost ship out of control during a storm in the Mediterranean is headed straight for the small seaside holiday town of Palizzi Marina in the south of Italy.

A young woman travels to a refugee camp in North Africa where she is going to work for Doctors Without Borders. The real goal of her journey is to find her donor father whom she has traced to North Africa. But who is he really?

At DUP (The Independent Police Complaints Authority), Rolando Benito is investigating a case in which a police officer is suspected of stealing from the violent gang Black Swan during the search of a property. The 6-year-old son of the police officer is kidnapped and Benito becomes involved in the case because of his wife’s work as a volunteer in the Danish Refugee Council (Dansk Flygtningehjælp).

At the same time, another case at the East Jutland Police catches his attention as a killer from one of his cold cases seems to be back. Anne Larsen, journalist at TV2 Østjylland, is also deeply involved in this case.

Everything culminates in the terrible disaster that awaits just around the corner and which will affect all of them.