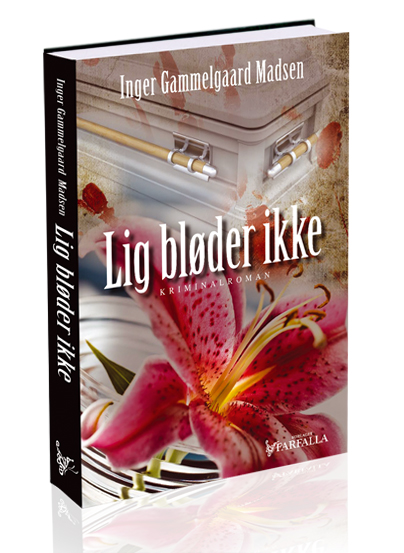 The 6th volume in the Rolando Benito series.

One early, hot summer morning, Roland Benito is called out to a bizarre sight at Vestre Kirkegård (cemetery). A grave has been opened during the night and the culprit lies dead on top of the coffin. But the coffin is empty. This sets off the investigation of the case of a young man who was killed in a motor cycle accident and has now disappeared from his grave. At the same time, Roland and his team are struggling to find the perpetrator of a number of macabre rapes and killings of young women in Aarhus.

Andreas Spang has just taken over his father’s undertaker business when he discovers that something is not quite right. He tries to find out how his father died, and this lands him in a dangerous situation which ends up also involving Roland Benito and his wife, Irene.