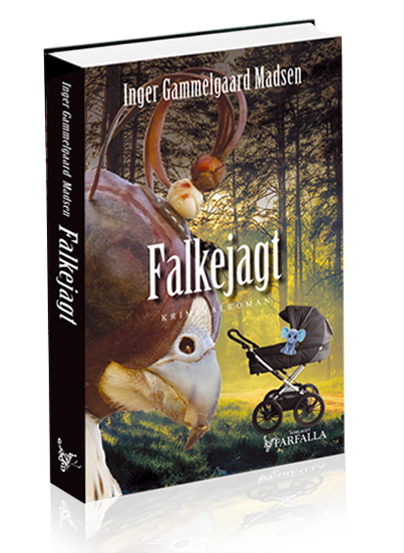 The 10th volume in the Rolando Benito series..

A bus driver with an immigrant background is shot and killed by a policeman in a local bus in Aarhus, apparently in an effort to prevent a terrorist attack like the one simultaneously taking place at Copenhagen Central Station.

Anne Larsen, journalist at TV2 Østjylland, becomes closely connected with the incident as she has gone to Christiansborg with a group of youths to cover a demonstration against the asylum restrictions decided by the government. She starts to get anonymous phone calls about the coming terrorist attack in Aarhus but the calls do not reveal the exact location for the attack.

With the imminent threat of terror the PET (Danish Security and Intelligence Service), the East Jutland Police and the DUP - Den Uafhængige Politiklagemyndighed (The Independent Police Complaints Authority) - are forced to work more closely together.

At the same time, babies are kidnapped and disappear without a trace. When a baby is found in an allotment garden at Riis Skov, Deputy Chief Superintendent Anker Dahl and his team must investigate a very gruesome murder case coinciding with his own confrontation with the past.

The connection between all of this is hard to find but as the case is solved, little by little, it turns out to have a completely incomprehensible and ghastly motive.