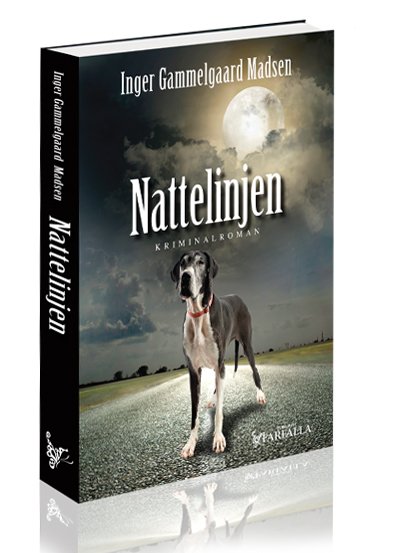 The 13th volume in the Rolando Benito series.

On Halloween night, Maja gets a nasty call on the Children's Phone The Night Line, where she works as a volunteer next to her job as a school teacher. She initially thinks it may be a halloween joke, but when she later hears of a tragedy in Skødstrup, where the director of a restaurant chain and his wife and little daughter has been brutally murdered on Halloween night, and his eldest ten year old daughter and six year old son is missing, she suspects that the call has something to do with the case.

The same night Rolando Benito fetches his granddaughter Marianna from a Halloween party in Hornslet. In the middle of the lane Rolando suddenly has to slow down the car because a large dog, a grand danois, is standing there, it has blood on one leg. Marianna lures her grandfather to take the dog home until the owner is found, and it has consequences for Rolando's investigation of the macabre murder of the family in Skødstrup and the search for the two missing children, but the case is turned in a different direction than Rolando wants the.

Journalist Anne Larsen has got a new job. The job brings her into a dangerous environment, which is linked to the events and Rolando's investigation, but not without the risk that she herself will also endanger her life.

Gradually, the case takes a whole new and eerie turn that no one imagined.